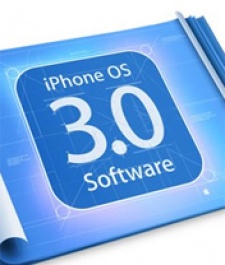 June 17th, 2009 - 02:28pm
By Stuart Dredge, Contributing Editor
Apple launches its iPhone 3.0 software today, and it's fair to say it's causing a stir on the interwebs.

There's still no confirmed launch time for the new software, so speculation has been running wild.

One high-profile rumour this morning was that the release had been delayed until tomorrow, until someone twigged that this was based on details published on Apple's website in Singapore.

However, that quickly led to feverish timezone calculations, based on the assumption that the software would go live at 12am on 18th June in Singapore, which is 6pm GMT, 1pm EST and 4pm PST.

Yet we've also seen confident predictions on Twitter of a 3pm GMT launch, stretching out to other claims of a 7pm or even later debut. O2 UK has said it'll be out "this evening".

The truth? Nobody knows. All we can say for certain is that a.) there are millions of people hitting the Check for Update button in iTunes, and b.) Apple's servers are going to take a helluva pounding once iPhone 3.0 does go live.

Meanwhile, developers and publishers have been preparing 3.0-compatible versions of their games for release on the App Store, with some having already updated earlier this week.