Only 1% of iPod touch users have upgraded to iPhone 3.0 software, says AdMob 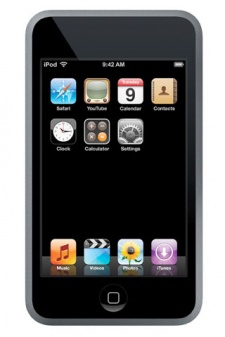 June 24th, 2009 - 05:40am
By Stuart Dredge, Contributing Editor
Mobile advertising network AdMob has released stats suggesting that only a tiny minority of iPod touch owners have upgraded to the new iPhone 3.0 software.

Why the lag? Presumably because iPod touch users have to pay for the upgrade, unlike iPhone owners.

"The additional $10 fee to upgrade is clearly limiting uptake," says AdMob's blog post. "Developers looking to sell applications utilizing the 3.0 features cant be happy with Apples decision to charge for the upgrade as it limits their available market size for downloads."

It's better news for iPhone owners though: 44 per cent of iPhone requests are coming from the 3.0 OS, according to AdMob's data.

Earlier this week, Apple revealed that six million people had upgraded to iPhone 3.0 software by the end of the weekend.

However, it will be interesting to see what the company does if iPod touch users continue to hold back. Will it ditch the upgrade fee, and if so, will it then refund it to those users who've already upgraded?

goodluck game developers on selling your games for the 3.0 software.
Posted 10 years, 9 months ago