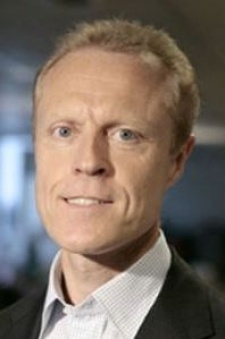 June 25th, 2009 - 11:17am
By Stuart Dredge, Contributing Editor
Gameloft has started selling some of its most popular iPhone games for just $0.99, in a move that shows even the biggest publishers aren't immune from the App Store price wars.

Last week, the publisher started selling Let's Golf and Asphalt 4 for less than a dollar, to re-boost sales in the face of competition from Tiger Woods PGA Tour and Real Racing respectively.

The results can be seen on the App Store charts, with Let's Golf taking the top spot for several days last week, and Asphalt 4 hovering around the Top 10. Interestingly, Let's Golf has since gone back up to $1.99.

Now the publisher is expanding the strategy by dropping Hero of Sparta and Real Soccer 2009 to $0.99 - the price cut is also reflected in the UK App Store, where both games are selling for £0.59.

On the one hand, this can be seen as an on-the-ball publisher cleverly getting more awareness (and revenues) from its older games, at a time when iPhone game shelf lives are being squeezed.

On the other, though, these titles aren't 99-cent games: they're big-budget 3D games with all the bells and whistles. Could the strategy - which is by no means Gameloft's alone - be harmful in the long term?

Gameloft boss Michel Guillemot (pictured) recently told Pocket Gamer that "We're not in the volume business, we're in the experience business," when outlining the company's commitment to quality over quantity on the App Store.

If even these quality experiences have to be sold for under a dollar a few months after their debut, it's arguably not a great sign for publishers.