As soon as a successor is found 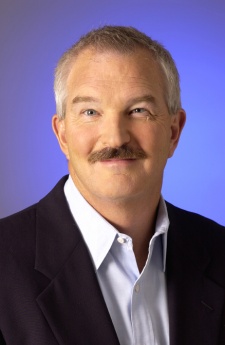 July 9th, 2009 - 04:02pm
By Stuart Dredge, Contributing Editor
Glu Mobile president and CEO Greg Ballard has announced that he plans to step down as soon as the company has recruited a successor.

Executive recruitment firm Egon Zehnder is already on the case, according to Glu's SEC filing. Ballard says he's leaving to "look for a new challenge" following six years in charge at the mobile games publishers.

"The Glu board and I also share the view that this is a good time to bring in new leadership for the company, as we focus on returning to generating positive cash and begin even greater investment in next-generation mobile platforms," he says.

The news comes as Glu's board of directors elected Dan Skaff and Bill Miller as co-chairmen. Skaff is founder and managing partner at Sienna Ventures, one of Glu's original investors.

"During his six-year tenure, Greg was instrumental in our growth from an early-stage company to a leading global publisher of mobile games, including having guided the company through our successful initial public offering," says Skaff.

Glu has also announced that it expects its Q2 financials to be consistent with the guidance it provided in May this year, when it said it expected revenues of between $18.75 million and $19.25 million for the quarter.

Whoever succeeds Ballard will face a fascinating challenge as the company seeks to compete in new platforms like iPhone and Android, where its historic focus on brands and operator deck placement aren't as much of an advantage.