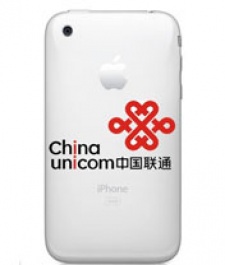 July 28th, 2009 - 11:48am
By Spanner Spencer
AppleInsider reports that Apple has finally agreed a deal with China's second largest mobile service provider, China Unicom, for local distribution of the iPhone. A statement from China Unicom suggests the agreement has not yet been signed, though it seems clear that one way or another the world's largest mobile market will soon be joining the global fraternity of iPhone users.

Details on exactly how the iPhone will be localised are still unclear, however. Wi-fi enabled mobile handsets are restricted by the Ministry of Industry and Information Technology, which demands the embedding of its proprietary authentication technology (WAPI).

Exactly what it would take to make iPhone compatible with this system is unknown, though at the very least Apple would be looking at rewriting the firmware, and possibly being required to make hardware adjustments - something the manufacturer is staunchly opposed to.

China Unicom is considered the strongest contender for an iPhone license since its mobile network is the only one compatible with the US-centric hardware, and boasts more than 135 million subscribers - making it 170 per cent larger than AT&T.

The real money behind the iPhone is in its software, of course, which could provide yet another sticking point. Video game consoles (other than the Nintendo DS) have been banned in China since 2000, though it's evidently not considered a priority for Chinese authorities to enforce. Acquiring games is much harder, making digital distribution and online gaming the method of choice for Chinese gamers.

If Apple is indeed able to launch a fully functional iPhone and App Store in China, the potential to capture the interest of the massive Chinese gaming market would be a goldmine to rival the US.