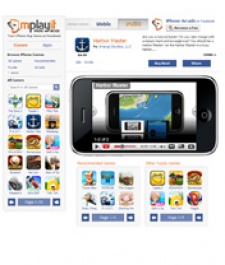 Called iPhone Arcade, it offers previews of a wide range of iPhone games, with options for users to click through to buy them from the App Store, or post the game details in their Facebook feeds for friends to see.

However, unlike the Mobile Arcade, these aren't embedded playable demos, but rather YouTube videos.

Although that's a step up from what the App Store offers, it's unclear at this stage whether Mplayit plans to introduce playable demos at a later stage.

It also remains to be seen how Mplayit will work with publishers on the application. It doesn't need their permission to embed the videos, but perhaps it will work with them to share data on how Facebook users are watching and sharing the videos.