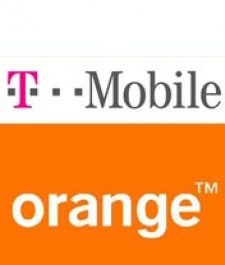 September 8th, 2009 - 08:22am
By Jon Jordan, Contributing Editor
T-Mobile UK and Orange have announced they have entered into exclusive negotiations to merge their UK operations, becoming the country's largest mobile carrier.

The combined company will have a turnover of around £7.7 billion, 28 million customers and around 37 percent of the market.

In a joint statement, parent companies Deutsche Telekom and France Telecom said they expected the deal to create the 50:50 joint venture to be signed by November.

It is expected Orange and T-Mobile will continue to be run as separate businesses with both brands retained.

Initial savings were reported as between £600 - £800 million, thanks to the rationalisation of infrastructure, shops and other operations.

Total savings could be as much as £3.5 billion.

To create the new joint venture, Deutsche Telekom will contribute T-Mobile UK on a cash-free, debt-free basis, including T-Mobile UK's 50 percent holding in its 3G network joint venture with Hutchison, and gross tax losses carried forward of at least £1.5 billion.

France Telecom will contribute the whole of Orange UK including £1.25 billion of intra-group net debt to equalise the value of the contributions.

After completing the deal, Deutsche Telekom will grant a £625 million shareholder loan to the joint venture, which will be used to simultaneously reimburse £625 million to France Telecom.

As a result, the joint venture would have indebtedness of £1.25 billion, represented by two shareholder loans of £625 million held by each of Deutsche Telekom and France Telecom.

T-Mobile and Orange to merge in the UK?