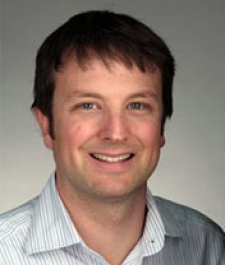 Oberfest's duties will include structuring and negotiating deals to drive revenue and support the launch of innovative new products as the company is looking to bring its iPhone games to the likes of Facebook and MySpace.

Considering it was set up specifically to make games for iPhone and iPod touch, this could be seen as something of a change of direction, however.

After a strong start with games such as Rolando and Topple, more recent releases like Star Defense have found it harder to make an impact on the increasingly competitive 99c-led App Store.

This is particularly the case as ngmoco has generally priced its games $5 and above.

"It's clear that, like the iPhone, social gaming is an essential facet of a next generation games company and Jason will bring a valuable perspective and incredible horsepower to an important segment of our business as we look to expand strategically to the social web," commented ngmoco CEO Neil Young.

"I have long had a passion for games and could not be more thrilled to join such a talented and accomplished team as ngmoco," Oberfest said.

"We have only seen the tip of the iceberg when it comes to the marriage of social applications and games. I am very excited to help build ngmoco's vision as a next generation games company."