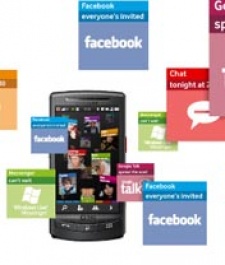 September 24th, 2009 - 12:58pm
By Jon Jordan, Contributing Editor
Enabling people to make the most out of their social networks is something most consumer companies are attempting.

Mobile operators are in strong position however; our mobile contacts are one of our most personal, and hence valuable, information lists.

Thats why Vodafone has announced Vodafone 360.

On one level, its an integrated real-time address book that you can sync with Facebook, across mobile devices, and PC.

Layered over this are services which ensure youre always up to date with changes in your friends status, photos, playlists, and location too, as well as providing access to games, music, and apps.

It also integrates with messaging services such as Google Talk and Windows Live Messenger, and Twitter support will be added in future.

Vodafone 360 is the first service of its kind to offer customers the benefits of a truly integrated mobile internet experience that gathers all their contacts and content, all around them, in one place, said Pieter Knook, director of internet services at Vodafone.

Non-Vodafone customers will have access some of the range of services; for example linking into to their social networks via mobile.

Vodafone will be supporting Vodafone 360 across a hundred of its phones as a download, and it will be pre-loaded on four Nokia Symbian smartphones.

There will also be two branded 360 photos from Samsung. Only one has been revealed: the Vodafone 360 H1, which has a 3.5-inch multitouch, OLED screen, 16GB memory, WiFi, and a 5 megapixel camera.

The service will launch in eight countries - Germany, Greece, Ireland, Italy, Netherlands, Portugal, Spain and the UK - before the end of 2009.

India, Turkey, South Africa, New Zealand and Romania are planned for 2010, as well as France through SFR, MTS in Russia, and Vodafone Hutchison in Australia.

You can find out more about Vodafone 360 here.

Apps World 12: There are too many stores says Vodafone as it shutters its own curated Android store

Vodafone and O2 to merge UK networks for 4G push

Vodafone rolls out operator billing for Android in UK and Germany