Along with toy guns and TV adverts for 'military' entertainment 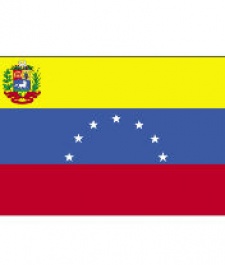 This new law extends as far as outlawing the import, production and sale of such video games, as wall as a similar ban on toy guns and strict rules regarding TV adverts with a 'military nature' aimed at children.

Exactly how a 'violent video game' will be determined hasn't been made clear and is likely to be handled internally by the government, which is becoming increasingly strict in terms of how its PR is handled.

The Venezuelan authorities put a silence on murder statistics a couple of years ago, and this ban on entertainment that, "is likely to encourage the formation of aggressive tendencies among young children and teenagers", is presumably linked to its efforts to pacify the nation's attitude.

Gun crime in Venezuela is believed to be one of the primary causes of death among 16 to 20-year-olds, and while censorship on this scale is seen as distasteful on an international stage, it's hard to blame the authorities for taking any measure possible to stem the flow of violence. It'll be interesting to see if a link between games and violence becomes evident in the results of the ban.

Venezuela, like much of South America, is seen as an important emerging market for the games industry, with both mobile gaming and new consoles such as the Zeebo seeing considerable growth in these territories. For the time being, it seems Venezuela might become a stumbling block among the BRIC markets.