Adobe puts blame on Apple for lack of iPhone Flash 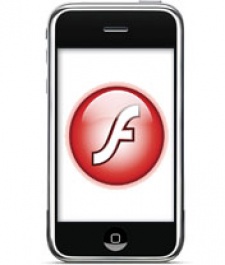 November 3rd, 2009 - 11:47am
By Spanner Spencer
One of the first additions most users wanted for their iPhone web surfing experience was the inclusion of Adobe Flash, and although both companies proclaimed to be working together on a solution, nothing ever materialised.

Indeed, it became pretty clear that rather than it being a technical issue, Apple was simply disinclined to allow the Flash framework to run on the iPhone - presumably concerned that Flash-based applications and games would undermine the App Store.

Apparently, Adobe has had enough of shouldering the blame, however, and has adjusted its stance on the matter in quite a public manner. Visiting the Flash download page in the iPhone's web browser now displays the following disclaimer:

"Apple restricts use of technologies required by products like Flash Player. Until Apple eliminates these restrictions, Adobe cannot provide Flash Player for the iPhone or iPod touch." 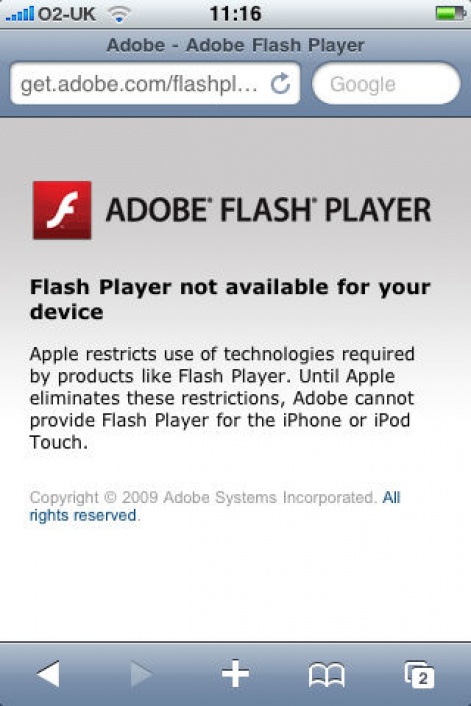 That Adobe recently released a framework that allows the export of Flash code into an iPhone compatible application suggested that attempts to bring the system to Apple's device had been abandoned, and this latest development appears to have put another torch to the bridge between these two corporations.