''I am philosophically opposed to the existence of their review process'' 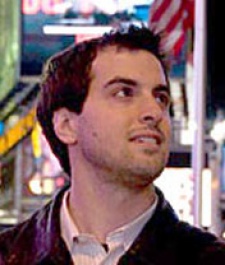 November 16th, 2009 - 10:08am
By Spanner Spencer
The Facebook application for the iPhone has consistently been one of the most popular pieces of software for Apple's device. The developer Joe Hewitt, who works at Facebook, has announced rather publicly that he will no longer be involved with the iPhone project.

"My decision to stop iPhone development has had everything to do with Apples policies," he tells TechCrunch, and the rest of the world via Twitter.

This embarrassing bombshell drops on Apple after the company's application review process (which is regularly criticised by developers for its opaqueness) terminally fell out of favour with the Facebook developer.

"I respect their right to manage their platform however they want," Hewitt continues, "however I am philosophically opposed to the existence of their review process. I am very concerned that they are setting a horrible precedent for other software platforms, and soon gatekeepers will start infesting the lives of every software developer."

While Apple receives plenty of criticism for the way in which applications are submitted to the App Store, few of those complaints come from such high-profile programmers. Hewitt helped develop the Firefox web browser, its development plug-in Firebug, and has been the driving force behind Facebook's presence on iPhone since the beginning.

Even if the management at Apple take no notice, Cupertino's front-line troops certainly will.

Reply
Jeff Cliff
There is a lot of buzz around in Iphone app developersÂ’ community that Apple doesnÂ’t follow some uniform strategy for the Iphone application approval. Many developers have already rejected the stiff criteria and announced to stop developing new apps for the iphone but inspite of these agitations and furor we see many different iphone apps are coming rapidly and these apps are the main source of admiration for Iphone. For other exciting iphone app review visit Pro App Reviews
Posted 11 years, 6 months ago

Reply
jon jordan
yeah, I think Apple has plenty of irons in the fire. All on a slow burn