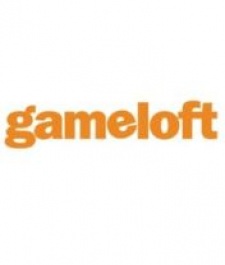 November 24th, 2009 - 04:53am
By Chris James, CEO
Consolidation is the buzzword in the Java mobile gaming world now, with an increasing number of publishers deciding to give up on managing or even making their own mobile titles and opting instead to sign their properties over to a third parties.

The most notable leader in the field has been EA Mobile, who effectively snapped up European mobile distribution for publishers such as Eidos, Taito, and most recently Namco Bandai.

These deals have given EA Mobile control over some of the leading and best-selling mobile brands, such as Tomb Raider, Space Invaders and Pac-Man.

Now, however, it seems Gameloft - widely accepted as being the number two mobile publisher - is intent on catching up.

Following a deal announced back in May 2009 to license Sega's titles (the first of which, Sonic Unleashed, was released this summer), today the company announced that Capcom will be licensing its titles through Gameloft with immediate effect.

Initially the deal has been struck for 6 titles: Resident Evil: Uprising, Street Fighter Alpha, Super Puzzle Fighter II Turbo, Lost Planet 2, Dead Rising 2 and Where's Wally 2 - all of which are expected to be released in 2010.

These titles and likely further brands will be lining up alongside  Sega titles such as Sonic, and Gameloft's own big hitters to form an impressive portfolio.

Capcom's European mobile studio haven't given up on mobile though, and despite eschewing Java will focus its attentions on the development of games for smartphone platforms such as iPhone, Blackberry, Palm, Windows Mobile and Android.

Indeed the expectation is it will to produce 10-12 titles across these platforms in the next 12 months, starting with arcade shooter 1942 on iPhone.

Meanwhile Capcom's mobile businesses in North America and elsewhere will continue as usual.