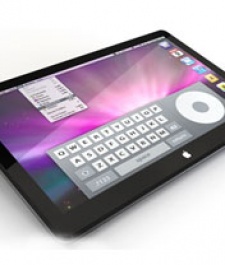 November 19th, 2009 - 02:05pm
By Spanner Spencer
An unnamed source within a component supplier to Apple has apparently let slip to DigiTimes that the much-fabled Apple Tablet has now had its release date pushed back to the second half of 2010 while advanced new OLED screens are sourced.

Working on the reasonable assumption that the display accounts for around a third of a similar device's cost, it's estimated that the LCD Tablet will likely work out around the £600 mark. The more advanced and expensive OLED display pushes the prices point to around double that figure, at £1200.

Naturally Apple has yet to even confirm the Tablet's existence, but these estimated costs could be significantly reduced yet, given that they're expected to boast 3G data, which means a strong likelihood of operator subsidies.