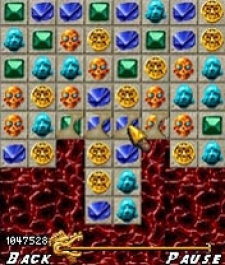 The first fruitage of the new EA deal will be a version of Jewel Quest III, which is expected to be released in January 2010.

The mobile license for iWins popular PC-based match-three puzzler was formerly held by I-play, whose last addition to the franchise was the well received Jewel Quest Deluxe released earlier in the year.

As well as PC, mobile, DS and Macintosh versions, it has also appeared on Microsofts Xbox Live Arcade service.

The acquisition is the latest example of EA's aggressive land grab for mobile licenses, following on from the signature of Namco Bandai's Java titles, which the publisher recently added to those of Taito, Eidos and, of course, its own substantial catalogue.