Google launches 'first in a series of superphones' - Nexus One 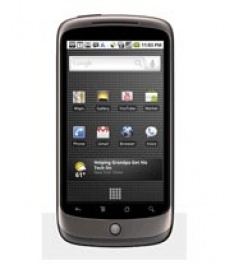 January 5th, 2010 - 07:59pm
By Jon Jordan, Contributing Editor
Considering the leaks, rumours and hype, Google's official reveal of its implementation of its own Android mobile platform perhaps wasn't as exciting as it might otherwise have been.

But the quality of the Nexus One 'superphone' aside, the rollout, which sees the device available online from Google unlocked for $529 in the US, UK, Singapore and Hong Kong does mark a significant move.

Google explained that the Nexus One is the first in a series of phones that will use this new web store model.

It will also be available through traditional carriers, with T-Mobile US the lead customer, offering Nexus One for $179 on a two year, $80/month contract. Verizon and Vodafone have also signed up for spring launches in the US and Europe respectively.

As for the hardware specification of the device, it's manufactured by HTC, with a 3.7-inch 400 x 800 pixel AMOLED touchscreen display, and is powered by a Qualcomm Snapdragon (QSD 8250) chip running at 1 GHz.

It has a rear-facing 5MP camera with 2x digital zoom and LED flash. This can capture video at 720x480 pixels at 20 frames per second. It also has AGPS, a digital compass, accelerometer, and cell tower and Wi-Fi positioning.

In terms of software, Nexus One is currently running Android 2.1, which is an update of the Eclair OS and features the sort of always-on apps showcased in the Motorola Droid. It uses a new 3D user interface.

You can see more on the Google web store.