AKA To free or not to free? 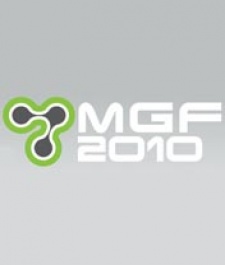 January 19th, 2010 - 05:00pm
By Jon Mundy
The penultimate session of Mobile Games Forum kicked off with a panel discussion entitled Pricing strategies and micro-payments in the spotlight.

Here's the general gist of the conversation as it happened:

Flexible price options is effectively the way to go. You can reduce games to 99c but that's not going to make anyone happy. It's about increasing distribution by introducing things like try before you buy. People have cottoned on to the fact that new things need to be tried to get people to buy games.

I sat on a panel similar to this three years ago. The buzz word was fragmentation in relation to handsets. It think it's still the main worry, but it's now fragmentation of pricing. There's a huge choice of pricing from consumer's point of view. It should still be the publisher and the retailer that dictates pricing. Otherwise we're going to end up with everything being free.

This whole expectation of free or close to it is certainly there in the market. There's a big gap in between this expectation and where the market is right now.

We have to accept that digital is here and find new ways to monetise our content.

The idea that the publisher sets the price is not true. By setting a fixed price we put a cap on how much consumers will spend, which is effectively leaving money on the table.

Andy Smith: Free for us is more of a way to bridge the fact that a mobile consumer can never get their hands on a product before they buy it. It's like buying an avocado in a supermarket that's stuck behind a piece of glass.

Tony Pearce: Free does scare me, because we are in the business to make money. Imagine what the consumers are thinking. One minute they go onto Vodafone and pay £5 for game, then they go onto Apple and buy the same game for 59p. They're never going to buy a Vodafone handset again. There's a lot of confusion out there.

Nicholas Lovell: I think both paid and free can succeed side by side for a while, but I think free is where it will all go eventually.

Tony Pearce: The ultimate thing to do is to get the consumer to pay a premium price. It's all about trying to get the customer to upgrade to a higher price point. The most popular on mobile is £3, but on iPhone £3 looks expensive. iPhone publishers are devaluing the product by going in aggressively at 59p.

Sunil Gunderia: We're going to see much more of an open internet model. It's not something we can influence much as operators or publishers.

Tony said £3 was the most popular price point. What we should think about then is what we want to give the customer for £3. You don't want to pay £5 for this game? Have this much for £3.

Nicholas Lovell: The risk is if we aren't experimenting with pricing someone else will.