Tetris is the most popular mobile game ever: 100 million paid downloads since 2005 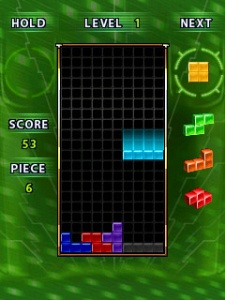 January 21st, 2010 - 08:01am
By Spanner Spencer
Russian game designer Alexey Pajitnov is celebrating with his old friend Henk Rogers (the man who brought the game license to Nintendo), and current publisher EA Mobile as Tetris has passed the 100 million paid downloads mark since EA got its hands on the mobile rights in 2005.

This staggering milestone makes Tetris the most downloaded mobile game of all time, with around 55,000 daily downloads of its various versions and spin-offs.
Snake still holds the record as the biggest mobile game thanks to its inclusion in all Nokia handsets.
Tetris was first released on mobile in 2001 in Japan when gaming handsets appeared. It's since been ported and remade for all platforms. Indeed, such has been its pull, it was one of the reason EA bought the then mobile rights holder JAMDAT for $680 million in 2005.

JAMDAT had previously spent $137 million on a 15 year exclusive mobile licence for the game.

"[When I made Tetris] I didn't really think about numbers," said Alexey Pajitnov, when asked how many copies of Tetris he originally expected to sell. "I would have been happy to get it to one percent of the population!"

And it's not over yet. Pajitnov and Rogers, who own and operate The Tetris Company, have big plans to get to work on more versions of Tetris for iPhone and smartphones as they begin building the next 100 million sales.

"Guaranteed we're going to have a much more interesting community based version of Tetris coming up on next generation handsets," Rogers tells us.

Keep an eye out later on for our full discussion with Alexey Pajitnov, Henk Rogers and EA's Adam Sussman about the growth of Tetris on the mobile platforms.

And if you're one of the half dozen mobile gamers out there who doesn't have Tetris yet, go build some blocks.