N97 is the handset of choice for Ovi Store users 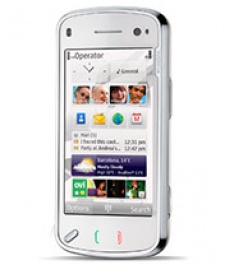 February 9th, 2010 - 06:22pm
By Keith Andrew
With Ovi Store downloads apparently totalling 1 million a day as of December 2009, the question of just what handsets consumers are using to access the service is now on the agenda.

And Tamoggemon, the Austrian developer of TouchCalc and LocaNote, believes it has a good idea.

According to the studio's own statistics, the N97 accounted for more than 54 percent of all Ovi downloads throughout January, its share rising from 46.5 percent the previous month.

In all, Tamoggemon claims just two models are leading the way in terms of total Ovi usage - the N97 and 5800 XpressMusic combined carving up just under 91 percent of the cake.

However, Tamoggemon  which speculates as to whether a smaller userbase is holding back Nokia's lower-end touchscreen devices  generates its figures by analysing the sales of just two products  its scientific calculator TouchCalc, and handwriting-based note-taker LocaNote.

Given only TouchCalc features in Nokia's own list of best selling business based apps for the phone Tamoggemon believes takes the most downloads, the question of just how representative such stats are of Ovi sales overall is a prominent one.