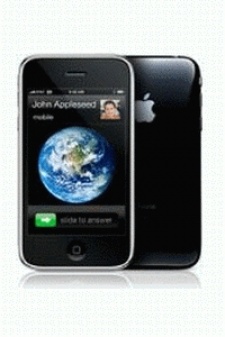 February 16th, 2010 - 01:24pm
By Keith Andrew
The iPhone's ability to court fresh start-ups and industry veterans alike continues to gain ground, with two new development studios headed by by gaming heavyweights launching within days of each other.

Hutchinson, who worked on iPhone titles such as Grand Theft Auto: Chinatown Wars and Beaterator, said his split with his former employer had been a "very, very amicable" one, stating that Double 11 is motivated by a desire to produce, smaller, more focused, titles.

"I think that a lot of developers are sick of huge all encompassing next-gen projects and want to get back to grass-roots bedroom coding like it was in the 80s and is for a lot of iPhone developers today," Hutchinson told Develop.

Perhaps even more experienced is the wealth of talent behind AppStar Games, its founders Crane and Kitchen having recently been behind Skyworks Interactive and its back-catalogue of more than 40 iPhone games.

"Garry and I have worked together on a number of successful ventures over the years, generating hundreds of millions of dollars for investors and stakeholders," offered Crane in a statement.

Both Crane and Kitchen enjoyed considerable success at Activision in the 1980s. Crane was behind the likes of Pitfall, Kitchen having coded Donkey Kong for the Atari 2600.

AppStar is expected to target the casual games sector with its output, although details are currently sketchy.

"We're very excited about the dramatic shift that is occurring in the game industry with the advent of direct-to-consumer distribution of our titles," Crane concluded.

"AppStar Games is committed to taking a leadership role in that transition by delivering the highest quality product in the marketplace."