RIM: BlackBerry not 'distracted' by games and fancy apps

Industry being hit by a 'capacity crunch' 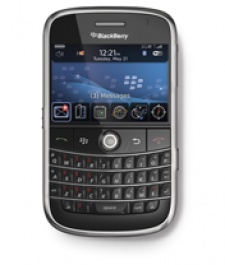 February 17th, 2010 - 03:31pm
By Keith Andrew
All too often, mobile manufacturers are keen to enter a war of words regarding the wealth of software available on their respective formats.

RIM founder and co-chief executive Mike Lazaridis, however, believes the smaller, more focused nature of BlackBerry's software is what actually gives it an advantage.

Speaking to The Daily Telegraph and Mobile World Congress in Barcelona, Lazaridis said BlackBerry is in a position of strength, mainly because its apps don't add to the growing "capacity crisis" that's putting mobile carriers under severe strain.

"In the past it was sort of a hidden thing, people didn't really talk about it," Lazaridis told the paper, referencing the impact of the 'data-hungry' iPhone over the last few years.

"We are looking right down the barrel of a capacity crunch. The bottom line is all the carriers will run out of capacity within the next three to five years. By being thoughtful with our applications, we are enabling them to get better value out of their networks, that's good for them and their shareholders."

According to Lazaridis, over-stretched networks will cripple some of RIM's rivals, while BlackBerry handsets will prove reliable until the end.

"The bottom line has always been the ability to talk to each other. BlackBerrys are the only devices to work during moments of crisis. There's a reason for that  the BlackBerry is five times more efficient in terms of email and has a much longer battery life."