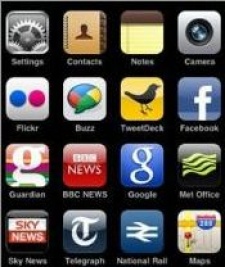 February 18th, 2010 - 03:35pm
By Keith Andrew
While some consumers have been clamouring for the BBC to bring its services to iPhone, it would appear its commercial rivals aren't so keen.

According to mocoNews, the Newspaper Publishers Association - which comprises all the major UK newspaper publishers - has reacted with anger to the news that the BBC plans to launch free news and sports based apps on the App Store from this April.

Many NPA members already have similar apps on the market, and the website claims the body plans to involve BBC regulator the BBC Trust in an attempt to force the corporation to submit the apps for a 'public value test' before they launch.

"Not for the first time, the BBC is preparing to muscle into a nascent market and trample over the aspirations of commercial news providers," says the NPA in a statement.

"At a time when the BBC is facing unprecedented levels of criticism over its expansion ... it is extremely disappointing that the corporation plans to launch services that would throw into serious doubt the commercial sector's ability to make a return on its investment, and therefore its ability to support quality journalism."

If the Trust accepts the NPA's appeal for a public value test, the BBC will have to prove the move falls within its remit as a public service broadcaster. The last ruling the Trust made was to block a move to encrypt video bulletins into its local news websites.

However, the BBC denies that it needs to involve the Trust, stating that the apps simply repackage a service the corporation already provides.

"Our approach has always been simple: web equals mobile; mobile equals web. If we have made great content for our websites - with your licence fee money - then mobile is just another platform to make it available to you," says head of BBC News Interactive Pete Clifton on his work blog.

"The rising audience numbers for our mobile content show that our users appreciate the service and expect to find it when they are on the move - or on the touchline, or on the sofa."

But it's the very fact that the BBC plans to be a major player in the burgeoning mobile market that worries the NPA, the body clearly worried the corporation's considerable output will squeeze out its own collective efforts.

"The market for iPhone news app is a unique and narrow commercial space, which means that the potential for market distortion by the BBC is much greater," the NPA concludes.

"This is not, as the BBC argues, an extension of its existing online service, but an intrusion into a very tightly defined, separate market."
mocoNews