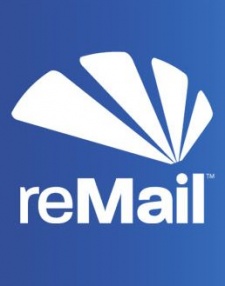 Though full terms have not been released, one result of the deal has been the removal of reMail - which had enjoyed much critical success - from the App Store.

Speculation suggests Google plans to employ reMail's technology in its own mobile apps, reMail founder Gabor Cselle joining the giant as a product manager on the Gmail team.

"Gmail is where my obsession with email started as an engineering intern back in 2004, and I'm thrilled to be coming back to a place with so many familiar faces," says Cselle on his blog.

"ReMail's goal was reimagine mobile email, and I'm proud we have built a product that so many users find useful. Still, I feel like we've only seen the beginning of what's possible.

"Google is the best place in the world to improve the status quo on how people communicate and share information. If you have what it takes to make these changes happen, I encourage you to reach out and come join me."

Cselle claims that, while reMail has already disappeared from the App Store, Google will continue to support those who already have the app on their iPhone or iPod touch until the end of March.