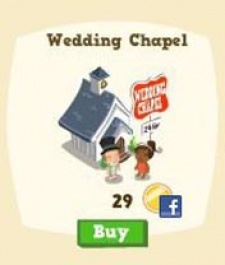 March 1st, 2010 - 07:08pm
By Keith Andrew
Already a commercially proven platform for casual games and micro-transactions, Facebook is continuing to strengthen its hand with the slow roll out of in-platform currency Facebook Credits.

In use by some of the biggest social publishers such as Playdom, PlayFish and Zynga - thanks to the alpha test program that launched in May 2009 -  Facebook states it intends to roll out features more broadly in the coming weeks.

Last week, it enabled the use of PayPal for some users and some applications.

It says the project forms a fundamental part of its desire to "build a program that drives value for our developers".

Naturally, it doesn't intend to play banker for free; Facebook will take the standard 30 percent cut of transactions, but says this will aid developers just as much as it does Facebook.

"The long-term goal of Facebook Credits is to provide a currency that makes purchasing virtual items across applications fast and simple," Facebook product marketeer, Deborah Liu, said in a statement on the site.

"Today more than 500,000 applications exist on Facebook, and the virtual goods within those applications have become an increasingly valuable part of the user experience. By providing a single, cross-application currency, our goal is to making transactions simpler for users, leading to a higher conversion rate for developers.

"Specifically, our early testing has shown that users paying with Facebook Credits are significantly more likely to complete a purchase than the average Facebook user."

Perhaps even more important than that however, is the fact that the Credits system essentially turns the whole network into an easily accessible app store.

While apps have been available on the site for years, linking everything up under a standard currency moves Facebook into new, more regulated, territory  territory that will see it taking on every other digital distribution network out there, albeit with 400 million consumers already on board.

"We are committed to investing heavily in the ecosystem and will explore a number of ways to improve the program and increase conversion and net revenue for developers, including user education and marketing, testing innovative ideas such as bulk discounting and seeding Facebook Credits to drive discovery and repeat engagement," concluded Liu.

Facebook will continue to publish news via on its Develop Roadmap.