Aplix to offer perfect storm to developers at GDC 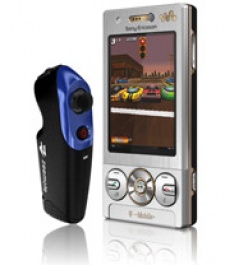 March 5th, 2010 - 01:20pm
By Keith Andrew
Keen to give mobile developers the world over a leg-up, Zeemote's parent company Aplix has announced it is to use next week's Game Developer Conference in San Francisco to promote three initiatives it believes will help studios crack the mobile market.

Aplix, which picked up the assets of wireless controller specialist Zeemote at the end of last year, believes its three-pronged attack gives developers the perfect tools for making a mark in the ever-competitive mobile marketplace.

Leading the way is its JBlend platform, the application execution environment equipped on 90 per cent of mobile phones in Japan.

Aplix says it plans to use GDC to discuss the prospect of developers including their titles on JBlend, the company stating any such deal would help studios negate the "fierce" competition on app stores by giving them access to "more than 100 million mobile devices each year".

Its strength in Japan is notable, and Aplix plans to discuss the possibility of linking third-party games up with its subsidiary G-mode, which has more than 400 games in its library and a potent presence in the Japanese market.

Zeemote itself also forms a fundamental part of the company's broad strategy. According to Aplix, developers incorporating the Zeemote JS1 Controller into their titles will be able to take advantage of the next boom in mobile games  multi-player.

"With mobile screens growing ever larger, and with the pairing of two Zeemote JS1 Controllers to a device, the mobile becomes a 'gaming platform' and multi-player gaming is now a real possibility," said Aplix.

"In addition, when a mobile device is connected to a screen via TV-out and combined with Zeemote JS1 Controllers the opportunities in emerging markets, where console penetration is low, are enormous."