0.14% conversion rate not great however 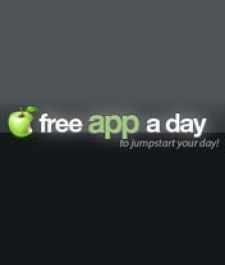 March 9th, 2010 - 01:09am
By Jon Jordan, Contributing Editor
Following on from our previous story about the competition between FreeAppADay and FreeGameoftheDay, we've got some interesting figures about how these free app discovery sites can generate some revenue for the developers using them.

In the case of Fingerzilla, from indie studio Inert Soap, using FreeAppADay has generated around 700,000 free downloads in two days, making it the #1 free game in four App Store categories.

One way the developer is looking to make money is via in-app purchases, using a 99c Mutations pack that gives you new abilities such as the ability to roar and scare people.

This was added to the game as a fairly late addition to support the FreeAppADay promotion.

"On Friday evening we had 12 downloads. Saturday, we had about 150 downloads, and Sunday we had 600 downloads," says Tom Ricket, of Inert Soap.

On one level, a sub-1,000 total may not seem very many compared to 700,000 downloads (0.14 percent if our maths is correct), but at least it's revenue. And, it's also something developers - including Inert Soap - are certain to be ramping up on in future games.

"We're strongly looking into additional in-app purchases for our next update," Ricket explains.

Another example of game that had IAP more deeply integrated is Tiki Totems, which went from generating around $30 daily to a peak of $3,000 thanks to FreeAppADay.

It's seen a conversion rate of around 3 percent.