But format could be a 'revolutionary gaming platform' 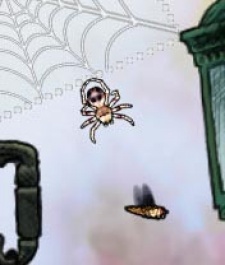 March 9th, 2010 - 06:59pm
By Keith Andrew
It's fair to say the iPhone has garnered a lot of negative press regarding the floods of cheap titles on the App Store, but that hasn't stopped quality releases making a name for themselves.
Spider: The Secret of Bryce Manor is one such title, having received rave reviews following its release back in August last year, but that doesn't mean developer Tiger Style is immune to the negative traits of being an iPhone developer.

Indeed, according to studio head Randy Smith, it's the very success of the App Store that threatens to undermine it.

"This could be a revolutionary gaming platform, and we also believe the demographic is very open-minded and willing to try new things," Smith told Finger Gaming at GDC 2010.

"We want to see the iPhone realise its potential for the better of gaming in general. Market pressure is the major reason we dont see more of this kind of experimentation and deeper, higher production quality games."

According to Smith, the sheer number of cheap titles on the App Store makes it hard for users to spot the wheat from the chaff.

He added, "This creates enormous risk, and the best way around that risk is to join the crowd who is aiming low and selling cheap. This doesn't leave much margin for high quality development."

However, Smith acknowledges that the App Store has helped revolutionise the development process for smaller studios, opening up opportunities that previously would have alluded them.

"The App Store has been a huge, huge boost to the indie game development scene, one which we are just now seeing the beginning of. The App Store has centralised indie gaming and given it more legitimacy," he continued.

"Before, if you wanted to release an indie game there was no single, obvious venue, and similarly the audience had no 'go-to' spot to find new indie games. This centralising has made it far more possible to reach a ready audience with an indie game, and the terms of the arrangement are very fair and the SDK is easy to use."[source: Finger Gaming]