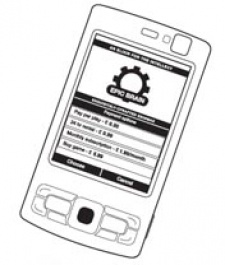 April 16th, 2010 - 05:05pm
By Jon Jordan, Contributing Editor
In countries where most people have pay-as-you-go contracts and low levels of credit on their phone, getting them to pay for anything is difficult.

That's one of the reasons South East Asian game and application distributor Mogamo has done a deal with Accumulate to use its Flexion wrapping engine.

This enables content to be downloaded for free, with various options such as per day usage through to all you can eat models available to generate revenue.

All Flexion-enabled games or applications include a dynamic shop front allowing for further up-selling.

Get it into the hand

"The best content in the Asia-Pac region needs the best retail mechanism. By using Accumulate's Flexion wrapper we can provide that," said Eakkanit Chansawang, Mogamo's MD.

Flexion will launch on Thailand's second largest operator Dtac, before being rolled out to Mogamo's other Thai partners, including AIS and the Samsung Fun Club.

Mogamo also provides content for other operators across the region, including in Vietnam and Cambodia.

"Having the content on the handset, whether through pre-load or a full download before purchase, combined with great retailing options means consumers are much more likely to purchase," said Jens Lauritzson, Accumulate UK's MD.

"We've had great success with our European customers and are looking forward to taking Flexion global."

Accumulate's clients include 3UK, O2, Orange and Sony-Ericsson and the company recently announced it was the first service provider to provide industrialised wrapping of Android games and applications.

Mobile Game of the Week: Clusterduck