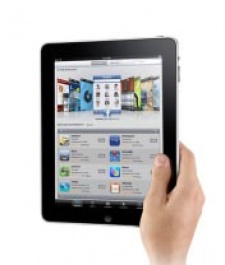 May 3rd, 2010 - 05:01pm
By Keith Andrew
Sales predictions are a curious practice, but the suggestion that iPad 3G might have sold as many units in its first weekend as the wi-fi unit managed in its first day is naturally capturing attention.

That's the prediction made by Pipar Jaffray analyst Gene Munster in a note issued to investors on Sunday, with the analyst placing the weekend figure at 300,000 sold.

Apple Insider reports he believes total iPad sales may have already hit 1 million - something Apple has since confirmed - making Munster's original estimates of 1.3 million sold in the June quarter look rather restrained.

Munster based his prediction on checks with what the site describes as numerous stores, with 49 of the 50 stores surveyed reporting they'd sold out by Sunday.

Keeping up with demand

Sales of the wi-fi only unit are believed to have been boosted by the 3G's launch, with some people presumably picking up units when the 3G version had sold out.

"In the first several quarters, we believe Apple will sell about 60 percent wi-fi only iPads and 40 percent 3G models," claims Munster, stating that iPad is enjoying stronger-than-expected demand couple with lower-than-intended supply.

"Near-term, this may put downward pressure on launch day/weekend statistics, but long-term we see it as a positive, as consumers are definitely interested in the iPad as a new category," he concludes.