More than 6 million in total 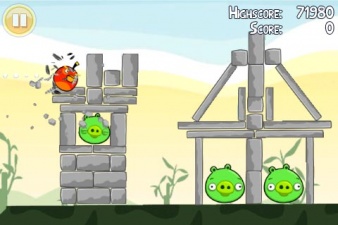 Released in December 2009, it reviewed very well, but was a slow burner in terms of App Store sales.

Indeed, the 17-strong Finnish developer famously said it been downloaded more times during its launch week as a free game on Nokia's Ovi Store compared to six weeks on the App Store.

In an interview with The Wall Street Journal's The Source blog, Rovio CEO Mikael Hed has now confirmed the 99c version of the game has been downloaded more than 2.4 million times from the App Store.

Combined, the paid and lite versions have done over 6 million downloads.

This would make Angry Birds one of the most downloaded games of 2010.