Apple bites back at Flash with HTML5 demo display 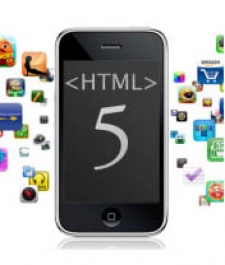 June 4th, 2010 - 08:08pm
By Keith Andrew
No matter what Steve Jobs' personal feelings towards Flash, Apple could only afford to drop Adobe's format if there was a viable alternative waiting in the wings.

Of course, Apple's weapon of choice on that score is HTML5 - software that's still in testing for many, with YouTube one of the most high profile sites to offer an HTML5 alternative in beta form.

Keen to dismiss doubters, Apple has now entered into the demo arena itself, serving up 14 Safari-based tech demos design to show both the proficiency, and flexibility, of HTML5 as a format.

The demos - which can also be viewed in Chome, albeit in not quite as smooth a fashion - are evidence of what Apple claims is a open, reliable, high secure and efficient web standard, with the site encouraging users to test them out on both iPad and iPhone.

"Standards aren't add-ons to the web," the site adds. "They are the web. And you can start using them today."

Of those on offer, 360 degrees is one of those most impressive (see below), letting you spin around a snapshot of three iPod touches in fairly smooth fashion. 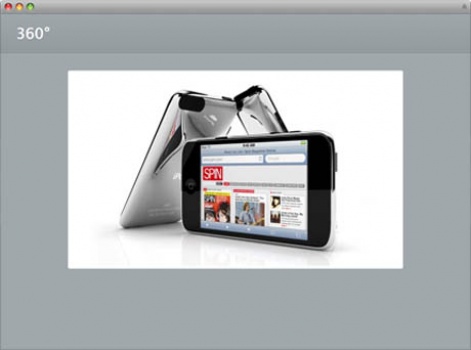 There's also a typography set-up (below), which looks particulary crisp, while both video and audio demos make the line-up. 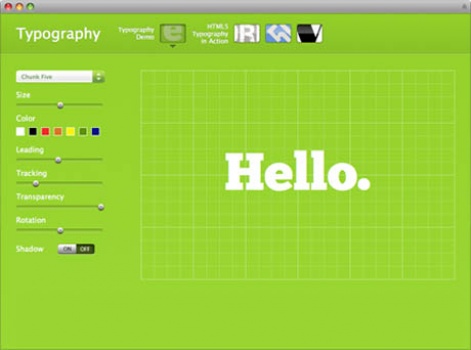 It is a marked step forward for the platform at Apple's behest, which shows HTML5 in a far better light than some of the other, smaller scale demos on the web.

Of course, given Apple is essentially betting part of its reputation on its success - one can't imagine Jobs grovelling in Adobe's lap too easily if HTML5 fails to become a web standard - it's unlikely it would have showcased the platform in this manner if it didn't look up to scratch.

As reported by VentureBeat, however, showing off HTML5 is one thing. The web as a whole will need to take a big leap of faith accommodating the platform across the board, with sites supporting it and users upgrading their browsers on mass in response.