Has generated $1 billion for developers 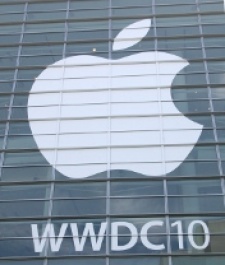 June 7th, 2010 - 06:30pm
By Jon Jordan, Contributing Editor
In his WWDC 2010 keynote, Steve Jobs was clear about how and why the success of the App Store had come about.

Describing it as "most vibrant app community on the planet" - it's now up to 225,000 apps - he notably mentioned its status as a curated platform i.e. one in which content is approved by Apple.

He also announced that over five billion pieces of content have now been downloaded.

Of course, the majority are free but he said thanks to Apple's 70:30 revenue split, it's generated over $1 billion for developers.

Around 15,000 submissions are received every week in terms of new apps and updates of which 95 percent approved within seven days.

The reason those five percent fail?

The app doesn't function as advertised, the developer has used private APIs, which might not be supported when Apple updates the iPhone OS, or the app crashes.

Developers who use private APIs know what they're doing, warned Jobs, in his best policeman's impression.