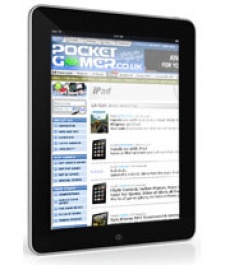 June 7th, 2010 - 06:14pm
By Jon Jordan, Contributing Editor
Kicking off WWDC 2010, Steve Jobs broke out some numbers about the success of apps on the iPad.

There are 8,500 native iPad apps available (including universal apps).

There have been 35 million downloads, which works out at 17 apps per iPad.

Jobs particularly focused on the success of the iBooks feature, saying "in the first 65 days, users have downloaded 5 million books, at an average of 2.5 books per iPad."

Five of the six biggest publishers are supporting the platform, and the iBook store now has a 22 percent share of the total ebook market.