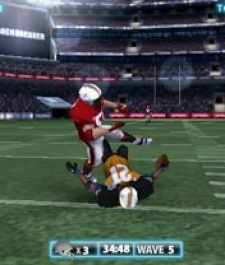 Thing is, it's been so successful - both critically and commercially - that the middleware studio is now breaking out its resources to become a fully fledged iPhone game publisher.

Bumping into CEO Torsten Reil at a WWDC 2010 party last night, he told us that the company will be releasing five iPhone games this year.

Development is being outsourced to various mobile studios (no names have yet been confirmed) with NaturalMotion dealing with overall design and production duties.

Of course, all the games use the company's morpheme and endorphin animation middleware, while bringing a console-level of 3D graphics to play. It's little surprise therefore that Apple is heavily supporting the company's push.