From SAT cards to crushing cockroaches 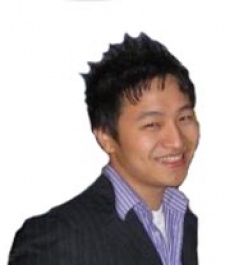 June 26th, 2010 - 10:55am
By Jon Jordan, Contributing Editor
Being a generalist developer on the App Store is tricky work, but US outfit Kooapps has kept itself busy, releasing across categories such as education, photography and productivity.

Now however it's making a push for games, with three new titles released on iPhone with iPad version planned too.

We caught up with founder Chun-Kai Wang to find out more about his inspiration.

Pocket Gamer: Can you tell us more about Kooapps and why you started making iPhone games?

Chun-Kai Wang: In the fall of 2008 when the iPhone SDK first came out, I was holding my iPhone 2G, thinking about what to make. I've been playing games all my life (I'm a huge fan of Blizzard) but as a developer, my art skills just didn't make the cut so I decided to make SAT flash cards.

Vocab Lab ended up being the first SAT flash card app and I was making $500 per day. Wow! For two weekend's worth of work, I was shocked. Unfortunately luck doesn't last long and the App Store quickly came out with competing apps, sending me back to the drawing board where I asked myself, "What do I do in my spare time? Play games. How about let's make one? Sounds good".

What do you think defines a Kooapps game?

I think that the companies people start and the products people make are influenced by their childhood. My childhood was full of popular video games and Japanese cartoons. This has a heavy influence in the design direction of each of our games.

The most obvious is Cartoon Roach, a wack-a-roach game where each of the roaches has a special power reminiscent of characters in the cartoon world such as Dragon Ball, Naruto and Resident Evil.

Which of the games you've released so far has been the most successful?

We just launched Fortune Panda, Cartoon Roach and Baby Rescue so it's hard to say how successful they'll become. But Suzie's Sushi House has been doing pretty well and has improved a lot since v1.0.

We read every review carefully and iterate to improve the gaming experience. For example, the biggest problem people were having was that they had to look at the recipe book for the list of ingredients but it was hard to memorise. To fix this, we added a hint feature in easy mode where it would show the ingredients required inline without having to look through the recipe book.

What do you think is the biggest obstacle for iPhone developers?

It's most definitely marketing. Even if you've created a great game, it's no longer easy to get it in front of the customers. I remember the good early days of the App Store where every app got its fair share of eyes on launch date. This seems to no longer be the case.

Do you have any plans to develop games for iPad, or other mobile devices such as Android?

Yup! We actually already have an iPad and Android version of Suzie's Sushi House and we're working on the Nokia version as well.

Do you have any other games in development that you can tell us about?

Definitely. We're working on the iPad versions of Cartoon Roach, Fortune Panda and Baby Rescue. We're also thinking about multiplayer scenarios, either on the same iPad or on different iPhone/iPad devices via Bluetooth.

What are your favourite iPhone games at the moment?

Because I'm a poker, RPG and strategy fan, there's no game out there that mixes these as good as Sword & Poker does. Highly recommended.

My other favorites are Nitro Kart and Doodle Jump. (I'm not sure how some guy was able to get a score of 4 million)

Thanks to Chun-Kai for his time.

You can find out more about Kooapps games via its website.