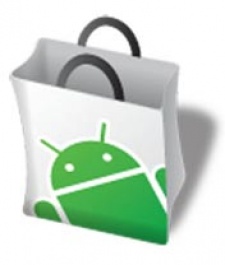 June 28th, 2010 - 03:26pm
By Keith Andrew
Such is the success of the App Store, the stats Apple has released have become benchmarks for the rest of the industry.

Yet, the fact the App Store has been live longer than the competition means comparing relative performance isn't so easy.

Nevertheless, mobile studio Larva Labs has attempted to cast some light on how Android Market compares following Apple's declaration that $1 billion has been paid out to iOS developers since the App Store launched in July 2008.

Counting the apps that count

Using numbers gathered by Android Zoom, Larva Labs claims there are around 2,250 paid games and 13,000 paid non-game apps on the Market, with four games and nine apps having sold between 50,000-250,000 units.

Using Android Market's 70/30 split between developers and Google, the studio estimates $21 million in total has been paid out to developers, with $6 million finding its way to games developers and $15 million to those behind general paid apps.

"This really indicates how much of a cottage industry the paid Android Market remains, with insufficient sales numbers to warrant full-time labour for paid content," says Larva Labs' John Watkinson.

$21 million represents just 2 percent of the $1 billion Apple has paid out.

That's partly due the relative youth of Android Market though. Paid apps were rolled out 16 months ago, are only available in a dozen territories and that only using Google Checkout.

Paid game and app downloads are certain to increase as more Android devices, more countries, and more ways to buy apps and games are rolled out.