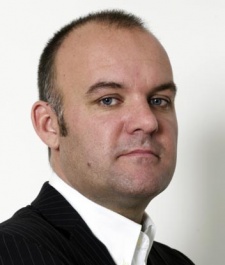 August 9th, 2010 - 06:02pm
By Keith Andrew
The launch of Apple's Try Before You Buy section on the App Store was never likely to be universally well received, given it promotes an existing set-up  publishers giving consumers a short play of their game via a Lite or free demo versions.

Indeed, in an open letter posted on Mobile Entertainment, MD of mobile retailing solutions company Accumulate Jens Lauritzson has called on Apple to go much further.

It's his belief that giving consumers a multitude of purchase options would serve developers far better in the long run.

Death of the demo

"Demos actually limit conversion to buy," Lauritzon says, adding Accumulate has previously called for the death of the demo on mobile marketplaces.

"To get the full version, a consumer is forced to go back to whatever store the demo came from to download another version of something already installed on the handset.

"As customers originating from demos are normally dumped back in to the stream of regular buyers, developers are left in the dark about how much of their revenue actually originates from the demos in the first place."

To buy or not to buy

Lauritzon also adds that demo releases essentially add another round of decision making for the consumer.

Before they even get to the stage of deciding whether to purchase the game in question or not, they first have to weigh up the pros and cons of picking up the Lite version.

Even those who do, often go on to avoid paying for the full release, opting to replay the demo version over and over instead rather than forking out for the title itself.

"What we should look to do is to offer the consumer more purchasing options, allowing them to find an option that suits them," he states.

"Apple should instead offer developers a method of doing in-application unlocking of the full version of the app after a free trial. Only then would the initiative truly be Try Before You Buy.

"We would actually recommend Apple to remove the need for developers to integrate APIs by using a wrapper based solution."

Wrapping up the market

Of course, Accumulate itself offers a wrapping service for Java and Android apps.

Called Flexion, the wrapper assimilates payment options directly into the app in question, allowing developers to determine just what consumers can play for free, and for how long before having to stump up some kind of cash.

It appears Lauritzon is especially keen on Apple adopting the Flexion model - if not the software itself - at some point in the future.

"Try Before You Buy with in-app payment is the best way of making it easy for consumers to spend," he concludes.

"It's nice to see that Apple is looking to bridge the gap between playing and paying consumers - however as stands its Try Before You Buy concept fails to realise its full potential."