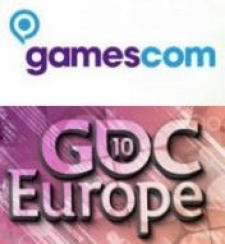 August 16th, 2010 - 04:49pm
By Chris James, CEO
It's that time of year once again when the games industry coalesces on Cologne for the European double-header (and inevitably fuzzy-header) of GDC Europe and GamesCom.

As you'd expect the Pocket Gamer team is present, planting our flag and laying out our towels nice and early in order to make the most of this beautiful city.

If you're there too then we'd love to catch up, be it to discuss business and editorial or simply to relax with a beer and a bratwurst.

Talking of the latter, we'd also like to invite all mobile gaming folk to head along to an informal mobile drinks event on Wednesday evening. Well, I say invite - it's not actually our party and it's a pay bar, but we will be there nonetheless along with the great and the good of the mobile games world (as well as the really bad and downright average), so it should be informative and fun (from what little I can remember 2009's get together was awesome!).

Anyway, if you'd like to join myself, Alex or Rob for some drinks or a meet, simply drop us a mail at cologne(at)pocketgamer.co.uk