August 19th, 2010 - 05:09am
By Keith Andrew
It's ironic that, even though Facebook has now lifted the lid on its geolocation tool Places after months of speculation, commentators the world over seem even less sure just where the social network is headed.

On the one hand, the implementation of Facebook Places appears far more comprehensive than had been rumoured of late.

Rather than merely opening up its network to existing check-in clients, Facebook Places also offers a location tool that can run independently of those currently on offer.

Users will be able to use either the network's iPhone app or touchscreen mobile portal to check-in, the service currently only available in the US.

Checking out the competition

However, while Facebook Places is now essentially a full-blown rival to Foursquare, Gowalla, MyTown and Yelp, all four parties formed part of its reveal, with Facebook confirming they'll be able to tap into Places data via an API.

As such, it's unclear just what role Facebook sees itself playing in the location business.

By opening up Places to existing apps, it would appear the network isn't especially keen on eradicating their collective share of the market.

By the same token, however, if users can get everything the likes of Foursquare offer on a service they're already a member of, it's unlikely the current crop of LBS apps will continue to grow at their current rate for all too much longer.

Nevertheless, opting out of Places isn't really an option.

Though those involved have been keen to express their excitement  Gowalla tweeting that it's been "great to work with Facebook integrating Gowalla with their new Places product", for instance - few were calling for Facebook's involvement a few months ago.

Indeed, the launch of Facebook Places is an inevitable reaction to the success of the LBS apps already on the market.

Though its involvement is a testament to their burgeoning popularity, it's arrival on the scene means change, for better or worse, is most definitely afoot. 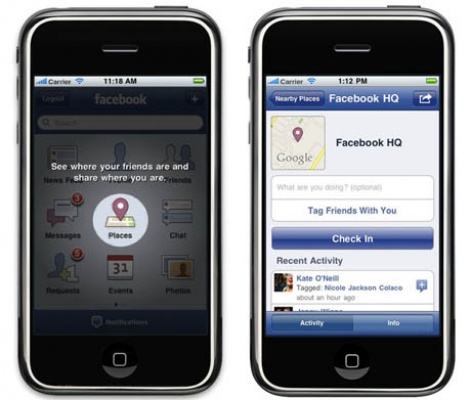