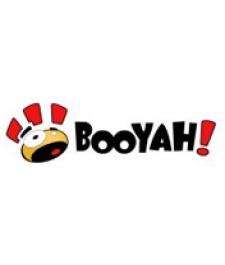 August 19th, 2010 - 06:52pm
By Keith Andrew
Given MyTown is the location-based market leader  3.1 million users worldwide on board at the last count  Booyah clearly has the most to lose following Facebook's move into the arena.

That might be why, of the four partners that attended Facebook Place's big reveal earlier today, Booyah seems to be the best prepared to utilise the opportunities presented by the new tool.

As such, instead of simply tying MyTown to Facebook Places, Booyah is instead working on an entirely new product designed to make the most of the new data the tool will provide  InCrowd.

Getting in with InCrowd

"Facebook Places gives InCrowd players an entertaining and relevant way to socialise and share where they are in real-time and discover new places based on where their friends have checked in."

Whereas MyTown is the most game-related of the location-based apps on the market, InCrowd seems like it will adopt a more traditional, social check-on model.

Set to hit both iPhone and iPad, InCrowd will enable users to broadcast check-in locations of the places they love with friends on Facebook, each player gaining popularity when others respond to their actions.

The more a player socialises with others through InCrowd, the more in-game points are rewarded to them for use in upgrading and personalising their virtual avatar.

Though Places has already gone live in the US, Booyah is yet to give InCrowd a fixed release date on either side of the Atlantic.

MyTown tops 3.1 million users as H&M and Pantene sign up