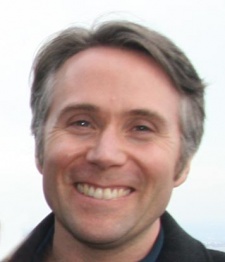 August 26th, 2010 - 01:32am
By Keith Andrew
The games industry is no stranger to the comings and goings of top level executives, but when a high profile appointment lasts just four months in his new position, it's bound to generate headlines.

The hiring of Mark DeLoura as Google's game developer advocate in April was seen by many as a sign the firm was starting to take games seriously, with DeLoura having previously held down prominent developer relation positions at the likes of Sony America and Ubisoft.

By the same token, the fact he's already decided to hot foot out of Google may well be viewed as evidence that all is not well within the firm's HQ.

"I personally feel the fact that Google hiring someone specifically to focus on games is a signal it recognises the growing importance of games as a medium," DeLoura stated back in April.

"I'm looking forward to working with both traditional games companies and new game developers to talk about how Google can help, and the platforms and projects Google is working on."

Fast forward four months, however, and it would seem DeLoura's scope may well have been clipped.

"There are a lot of very interesting things going on at Google right now, and I enjoyed working with many of the people there, but it was not the perfect fit for me," DeLoura says of his departure in a personal entry on his blog.

Indeed, DeLoura goes on to suggest that, while Google has got many things right of late  its Native Client SDK, which attempts to provide developers with open source technology for easy web app development, coming in for particular praise  many of its rivals have also caught his eye.

"As game developers weve talked about the idea of making multiple-platform game access simpler for a long time ... and it should be easier for developers to create clients for web, mobile and desktop without needing to write them in completely different languages or using vastly different SDKs," he says.

"Microsoft is closest to this with XNA and Silverlight across multiple platforms; Apple's SDKs across iPhone, iPad and Mac OSX are pretty cleverly designed as well; and Google is approaching it with Android NDK and Chrome Native Client."

It's unlikely either party will cast any more light on his departure in the coming days, although DeLoura does state he's already looking forward to his next challenge and being more public in the style of uber blogger Robert Scoble. Meanwhile Google has wished him well in whatever he ends up doing too.