QNX's Dan Dodge on PlayBook's credentials as a playground for developers 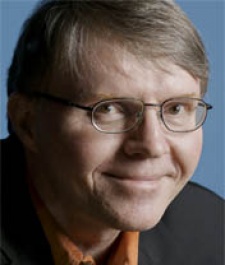 September 29th, 2010 - 11:32am
By Keith Andrew
After the assault on business, now comes to attempt to sweeten the development community.

At least, that appears to be the target of an interview with QNX co-founder Dan Dodge published on the BlackBerry Developer's Blog.

It's QNX's Neutrino OS that is behind BlackBerry's forthcoming PlayBook tablet, reconditioned as BlackBerry Tablet OS and, in Dodge's view, the perfect home for studios looking to bring their catalogue of apps to a new market.

"Flexibility is in the very DNA of the BlackBerry Tablet OS. Weve designed it to easily support additional runtime frameworks and virtual machines."

As such, Dodge claims the OS will support a virtual machine that runs Java apps made for BlackBerry OS 6 apps. The idea is that developers who have pledged support for RIM's mobile line-up shouldn't suffer because PlayBook runs a new OS.

For those coming to the tablet with a fresh perspective, however, there are also plenty of apparatus to aid them build apps from scratch.

"From a tools perspective, you can use standard Adobe products such as Flash Builder for application development and debug directly on the BlackBerry PlayBook tablet," he added.

"For applications that require access to the native OS environment, developers can develop and port C/C++ applications and also take advantage of the QNX Momentics Tool Suite, which is based on the Eclipse standard."

Developer derbyIndeed, though RIM itself appears keen to push the multimedia and enterprise elements of PlayBook, QNX  which was purchased by RIM back in April  is eager that BlackBerry Tablet OS be pitched as a suitable adobe for the app generation, with its support for C/C++ the most important element for native game development.

It's this unification between the two businesses - each one bringing its own focus to the table - that will enable PlayBook to appeal to everyone at once, Dodge stated.

"Because our technologies are so complementary, and because our cultures are so compatible, we've been able to create a tablet OS that surpasses anything on the market today."

PlayBook will launch in the US in early 2011.