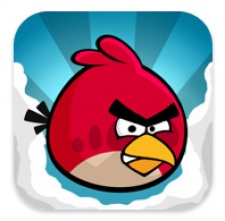 October 15th, 2010 - 01:29pm
By Keith Andrew
As expected, the heavy hints Pocket Gamer received earlier in the week that Angry Birds' debut on Android would come without charge have proven to be true.

Less predictable, however, is the fact that developer Rovio has opted to list the game on GetJar, rather than Android Market.

It doesn't appear to be a permanent evasion of Google's marketplace, however, with Rovio stated the game's appearance on GetJar is part of an initial distribution push.

Tapping up App It

"Selecting GetJar as the place to launch our first ever full Android version of Angry Birds was an obvious choice," said Rovio's Peter Vesterbacka.

"GetJar's global reach and popularity as well as their unique App It! download service ensures that we reach a massive audience of fanatically loyal Angry Birds addicts."

The aforementioned App It! allows download links for apps be placed anywhere, with the appropriate version of the title downloading instantly once clicked, regardless of what handset the user is using.

It's an approach that builds on from the slower debut Angry Birds endured on iPhone, with Rovio using GetJar's set up to push the game on new formats from day one.

"The unique App It! link means we can also cross promote our Symbian and Android versions without the need to send folks to multiple places to get their favourite game," Vesterbacka explains.

As expected, the free version is  for the moment  being funded by advertising, though in app purchases are being drawn up as a long term solution.

Of prime concern currently, however, is the news that GetJar's website appears to be buckling under the pressure.

Both users and sections of the press are reporting that the site has crashed several times already since the game's launch, with users apparently eager to get their hands on the title for free for what they perhaps believe is a limited time only.

Perhaps most encouraging for Rovio, however, is the fact that such crashes have occurred even though the free version of the title is wrongly listed as a demo.