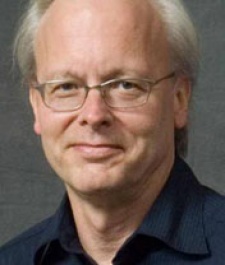 October 25th, 2010 - 05:57pm
By Jon Jordan, Contributing Editor
Despite being Microsoft's transitioning ex-Chief Software Architect, Ray Ozzie continues to keep the future of the company, and indeed the wider computing ecosystem, in his thoughts.

So five years on from his inspiring The Internet Services Disruption email, he's attempted more crystal ball gazing in a post entitled Dawn of a New Day.

Mixing praise for Microsoft's work over the previous five years, he also looks to the future of ubiquitous internet access and an explosion in the variety of hardware connecting to it.

Indeed, Continuous Services and Connected Devices are his main focus.

Yet, what's also significant is his confession that some competitors have been much quicker to see the mobile connected future than Microsoft.

"Certain of our competitors' products and their rapid advancement & refinement of new usage scenarios have been quite noteworthy," he remarks.

"Our early and clear vision notwithstanding, their execution has surpassed our own in mobile experiences, in the seamless fusion of hardware & software & services, and in social networking & myriad new forms of internet-centric social interaction."

Still, with Microsoft having finally launched its own seamless fusion of mobile hardware, software and services in the form of Windows Phone 7, perhaps it's time for Apple and Google to do some future thinking of their own.