Dell to drop BlackBerry as 25,000 employees switch to WP7

Is RIM's hold on enterprise weakening? 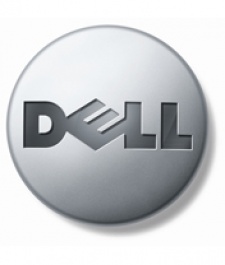 November 5th, 2010 - 06:58pm
By Keith Andrew
For any OEM, the suggestion that a major business client might be planning to drop support for its handsets would be disappointing.

So, in the case of RIM, news that Dell is about to switch support away from BlackBerry could be seen as major blow.

That's the claim made in the Wall Street Journal, with Dell reportedly in the process of moving 25,000 of its workforce away from BlackBerry handsets and onto the firm's own devices.

The business of business

Employees will initially be offered the QWERTY-keyboarded Windows Phone 7-powered Venue Pro, with Dell's Thunder handset  which runs Android  set to be made available at a later date.

"Clearly in this decision we are competing with RIM, because we're kicking them out," Dell CFO Brian Gladden told the paper, adding that the changeover is due to begin next week.

However, while Dell's decision is a worrying sign for RIM  BlackBerry essentially built on its strength within enterprise, with large portions of the platform's userbase receiving their handsets through work  whether it's indicative of a wider move away from the firm remains to be seen.

Money saverAs Gladden states, Dell's support for Windows Phone 7 and Android means it is effectively competing with RIM in the smartphone space. As such, it makes little sense for one firm to distribute a rival's products amongst its own employee base.

Indeed, the Wall Street Journal claims Dell also stands to save 25 percent in mobile costs by adopting its own handsets.

VentureBeat also claims US banks Citigroup and Bank of America are considering switching from BlackBerry to iPhone, while Microsoft's renewed push in the smartphone space also represents a major threat.

Windows Mobile was the closest competitor to RIM's dominance amongst US-based enterprise before it was phased out.