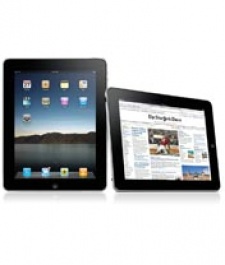 November 16th, 2010 - 08:58am
By Keith Andrew
Rare are the analysts who err on the side of caution when it comes to tablet sales, yet just weeks after rumours suggested Apple will produce up to 48 million iPads in 2011, one commentator has claimed the market is getting ahead of itself.

Ashok Kumar of Rodman & Renshaw claims a combination of a drop in consumer spending and the launch of Apple's MacBook Pro could result in a slowdown in tablet sales that few analysts currently see on the horizon.

Detailed in a note to investors, Kumar claims that, rather than ramping up its manufacture, Apple's monthly iPad production rate is likely to come in below 2 million per month  a somewhat lower rate than the 3 million a month many had predicted.

As such, suggestions that more than 6 million iPads will be sold worldwide in December are unrealistic, with Kumar stating it would represent the device's second quarterly shortfall in a row.

What's more, the launch of the MacBook Pro is, in Kumar's words, cannibalising tablet sales.

"A fully functional notebook in a very attractive form factor," he states, claiming it "may be resonating more with consumers than a content consumption only device."

Anti AndroidBut Apple isn't the only player many commentators are overestimating. Tablets running Android and Windows 7, too, will suffer the consequences of a change in the market, claims Kumar.

"Poor sell through of Galaxy has caused Samsung to dramatically revise down production volumes, and on Dell's Tablet, less said the better," he adds.

"We do not see tablets going the way of netbooks or a flash in the pan, but if current trends continue, the tablet market may not end as much more than iPads or a tweener product between smart phones and next generation thin-and-light notebooks a la MacBook Air."

While for some Kumar's views stand as the one sober assessment of the current tablet market, his predictions are far from infallible  as pointed out by Daring Fireball.

The blog lists numerous predictions Kumar has made regarding Apple devices over the last three years, all of which - with hindsight - have proven to be some way off the mark.