And I've got three press releases to prove it 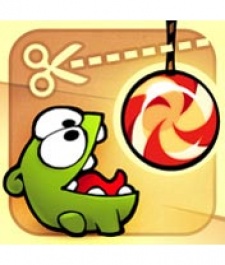 (Yeah, that means PopCap made three times as much money as those other publishers.)

That was back in September though, so there may now be some additions to the list.

What's not uncertain however is that the Chillingo-published and ZeptoLab-developed physics puzzler Cut the Rope (99c) is the fastest game to that number of sales. It was only released on October 4.

How fast is that?

Perhaps that's not so surprising though as according to Steve Jobs, every day there are another 230,000 iOS devices being activated.

Perhaps the surprise then is that iPhone games aren't selling in larger numbers. After all, three million is only three percent of the install base.

Nevertheless, that's the situation, and off the back of its work with Angry Birds, and now its EA-purchase, publisher Chillingo is certainly making sure Cut the Rope sells as fast as possible.

Indeed, as I've received this particular press release three times (no bad thing, in and of itself), I'd suggest a Cut the Rope does four million sales is probably being drafted as you read.