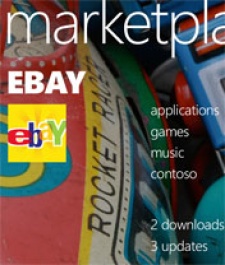 November 25th, 2010 - 09:44am
By Keith Andrew
Just over two weeks since unofficial sources pegged the number of apps available for Windows Phone 7 at 1,600, figures from Microsoft suggest that number is set to double over the coming days.

Detailed in a post on the platform's developer blog, Microsoft claims it will have 3,000 apps on Windows Marketplace before the end of November.

It's a rate of acceleration only achievable because there are now 15,000 registered Windows Phone 7 developers  a rise of 80 percent from September.

"We know that many Windows Phone developers have gone to great lengths to ensure that their apps and games are in Windows Phone Marketplace this holiday season as well," said Windows Marketplace senior director Todd Brix in the entry.

"We're heading into one of the biggest shopping weeks of the year and we're on pace to offer roughly 3,000 apps and games by the end of this week. Clearly we're just getting warmed up."

The meat of the blog post focuses on just how Microsoft plans to support all these apps, however.

Leading the line are both Bing and Xbox 360. In the case of the former, Microsoft has now added Windows Phone 7 apps to Bing visual search in both the US and UK, while the 360's dash is also adorned by a tab pushing the platform.

Perhaps most importantly, however, apps are now listed on Zune's PC software, essentially giving the platform equality with iTunes.

"This is just a sample of the type of work were doing to get apps and games in front of customers," added Brix.

Earlier in the month, games made up around 26 percent of the apps on Windows Marketplace, suggesting there could now be as many as 780 titles available on the platform.