Windows Phone 7 even further behind 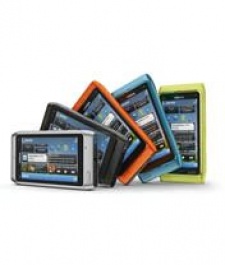 December 7th, 2010 - 11:59am
By Keith Andrew
It's hard to know just what impact both Nokia and Microsoft expected their renewed smartphone platforms to have on iPhone sales at launch.

While it's especially unlikely either party thought they'd topple Apple from the top of the tree on day one, the inevitable sales comparisons with iPhone provided by analysts are generating the kind of unflattering headlines they'd no doubt liked to have avoided.

Topping the bill on this score is Morgan Stanley's assertion that iPhone is currently outselling Nokia's N8 in Europe - traditionally one of Nokia's strongest markets - by six to one.

The assessment comes via the firm's research which pins Q4 2010 N8 sales across the continent at 2.5 million, with iPhone coming in at chart-topping 16 million.

Nokia's flagship smartphone is set to fall even further behind in 2011, with the ratio predicted to stretch to eight to one - Apple selling 72 million handsets in Europe across the course of the year.

There's no cause for Nokia to panic just yet, however, with Morgan Stanley analyst Patrick Standaert telling V3 that the N8 was never expected to be an iPhone killer.

Indeed, a renewed marketing push could yet see the handset  which, despite the comparatively low sales, is currently the third best selling smartphone in the UK  making inroads on the competition.

"Our survey respondents highlighted limited awareness as a key reason for customers not buying the N8 more, particularly in Spain, France and Italy," commented Standaert.

Bottom of the billThere's less reason for Microsoft to be cheery, however.

Stats released by shopping site MobilesPlease.co.uk  which boasts around 800,000 visitors a month  suggest Windows Phone 7 handsets account for 3 percent of its smartphone sales and 2 percent of its overall output.

That's a sales rate that means that even the N8 is outselling Windows Phone 7 devices by three to one across the site.

A lack of awareness is, again, the main reason cited here, though worryingly the site believes it is retailers, as well as consumers, that are the main offender on this score  Carphone Warehouse in particular cited as one major chain failing to push the platform effectively.

Such an assessment backs up Pocket Gamer's own pre-launch survey of UK retailers, many of which had little idea what Windows Phone 7 was or just when they'd be getting any handsets a day before Microsoft's new OS rolled out on October 21.