Android 2.3 SDK rolls out to developers 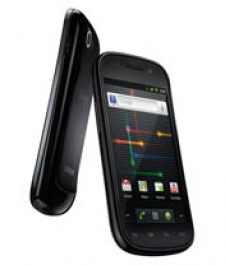 December 7th, 2010 - 01:45pm
By Keith Andrew
Something of a double whammy, Google has officially lifted the lid both on the next version of Android, and the flagship device that will launch it.

The Nexus S is produced by Samsung and is planned to roll out in the US and Europe before the end of December.

Second time's a charmAmerican consumers will be the first to get their hands on the handset  which, like its predecessor, will sport a 'clean' version of Android  on December 16, available either unlocked or on T Mobile.

Best Buy is set to stock the phone across the country, with Europe pegged for a debut  via Carphone Warehouse and Best Buy again - four days later on December 20.

"We co-developed this product with Samsung, ensuring tight integration of hardware and software to highlight the latest advancements of the Android platform," said Google VP of engineering Andy Rubin on Google's blog.

"As part of the Nexus brand, Nexus S delivers what we call a 'pure Google' experience: unlocked, unfiltered access to the best Google mobile services and the latest and greatest Android releases and updates."

Keeping up with the competition

Pitched as a significantly faster, smoother experience than Nexus One, Rubin claims the handset will be the first smartphone to feature a 4-inch AMOLED 400 x 800 resolution contour display.

Indeed, the phone will sport what can be deemed a competitive set up specs wise, a 1GHz Hummingbird processor on board, as well as front and rear facing cameras and 16GB of internal memory.

The addition of Android 2.3, also known as Gingerbread, will add near field communication (NFC) to the handset's roster. The short-range wireless technology will enable secure data transmissions for e-wallet like activities.

"We've also given developers native access to more parts of the system by exposing a broad set of native APIs.

"From native code, applications can now access input and sensor events, EGL/OpenGL ES, OpenSL ES, and assets, as well a new framework for managing lifecycle and windows. For precise motion processing, developers can use several new sensor types, including gyroscope."

Full details on Gingerbread's features can be found on Google's Android developers blog.